A PROPOSAL OF CHANGE IN THE MODEL OF POLICE EDUCATION IN POLAND ON THE BASIS OF EXPERIENCES OF UNIFORMED AGENCIES OF SELECTED EU MEMBER STATES Outline of Issues. Part II 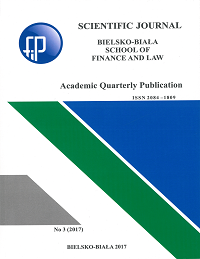 The aim of the study is to present the existing solutions to the functioning of the police eduction systems in selected Member States of the European Union. Using the results of the study, the Authors presented the organization of police schools and universities in fifteen European countries. On the basis of information obtained during the survey, that was conducted across Europe, the implementation of new organizational and legal solutions to the Polish police education system was proposed. The system of educating officers in Poland was presented in an institutional way, while the functioning of its leading component, i.e. the Police Academy in Szczytno, was described in detail. The material was divided into two parts because of its volume. The first part presents the organization and run of the research activity and ten police education systems in the Member States of the European Union were also characterised. Whereas the second part of the paper contains a continuation of the characteristics of police education systems in Europe (the next four countries were discussed), and also highlights the functioning of the police education system in Poland, with particular reference to the Police Academy in Szczytno. This part of the study also includes proposals for changes to the Polish police education system. The paper was made in the framework of the project "Construction of an IT system supporting communication in the Police and other services subordinated to the Ministry of Internal Affairs in the aspect of internal security", project No. DOB-BIO7 /03/01/2015 of PLN 5 010 000 co-financed by the National Research and Development Center under the competition No.7 / 2015 and No. 7/2015 for the execution and financing of research and development projects for national defense and security or research and development works for national defence and security.
https://doi.org/10.19192/wsfip.sj3.2017.10
PDF

Most read articles by the same author(s)