CIVIL GUARDS AS A FORM OF ACTIVATION WITHIN THE 3RD SECTOR 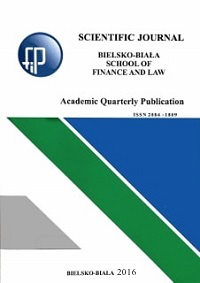 Members of local communities can play an active role in assuring their own security and public order. One of the forms of such civic activity is the institution of civil guard, which is closely in line with the philosophy of community policing. It is based on the assumption that the police and society are partners in ensuring security. In this aspect a very important role is played by the non-governmental sector. Civil guards can be organized as an association or following resolutions of a municipal council. The experience of other countries shows that these forces can contribute to the improvement of public safety and order of local communities. Such initiatives are also to be found in Poland. They were created as a response to increased crime rate which gave rise to the feeling of anxiety among citizens. However, in Poland civil guards still bear negative historic connotations, predominantly with ORMO (Voluntary Reserves of the Citizen’s Militia). Although Polish law does not contain rules strictly governing the functioning of the civil guards, the Interior Ministry has developed some principles for creation of such forces. These principles can be found in the Penal Code, the Police Act or the Associations Act. The paper presents detailed analysis of these regulations.
https://doi.org/10.19192/wsfip.sj2.2016.6
PDF